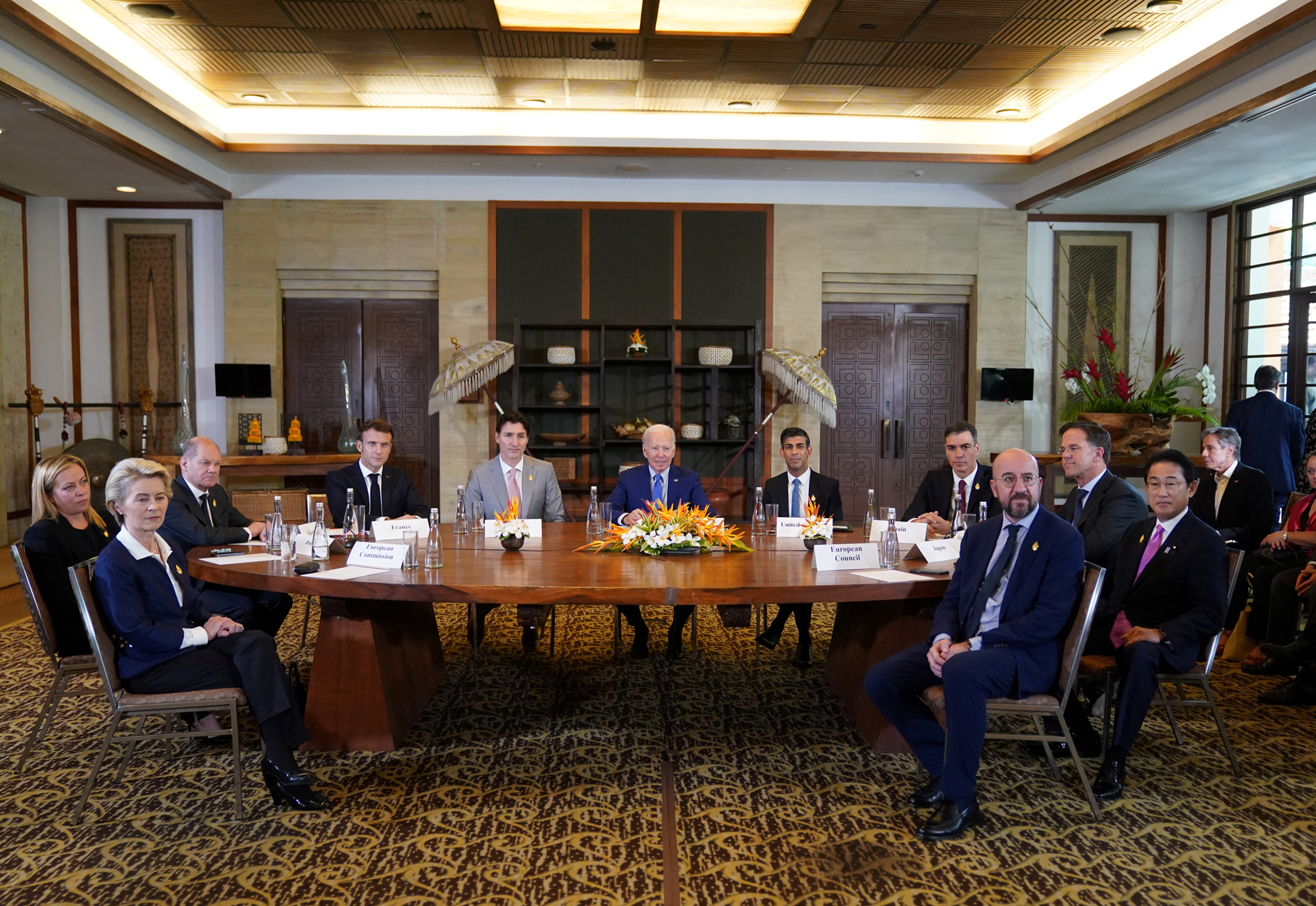 World leaders gathering at the G20 summit in Bali are attempting to diffuse a potential escalation in the months-long Ukraine war after a “Russian-made missile” landed inside NATO-member Poland killing two people.

The missile landed outside the rural Polish village of Przewodow, about four miles (6.4 kilometers) west from the Ukrainian border on Tuesday, roughly the same time as Russia launched its biggest wave of missile attacks on Ukrainian cities in more than a month.

The circumstances surrounding the incident, which marks the first time a NATO country has been directly struck during the almost nine-month conflict, remain unclear. It is not known who fired the missile, or where it was fired from, though the Polish Foreign Ministry has described it as “Russian-made.”

Both Russian and Ukrainian forces have used Russian-made munitions during the conflict, with Ukraine deploying Russian-made missiles as part of their air defense system.

Speaking to reporters after holding an emergency meeting with G7 and NATO leaders on the sidelines of the G20 summit in Bali, Indonesia, US President Joe Biden said preliminary information suggests it was “unlikely” the missile was fired from within Russia, but he couldn’t say conclusively until the investigation was complete.

“We agreed to support Poland’s investigation into the explosion … And I’m going to make sure we figure out exactly what happened,” Biden said, adding that the leaders offered sympathy for the two people killed. “Then we’re going to collectively determine our next step as we investigate and proceed. There was total unanimity among the folks at the table,” he said.