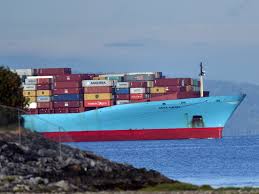 The United States on Saturday urged an immediate end to a mobile data blackout in parts of two Myanmar states, saying a service restoration would help provide transparency to what the government says are law enforcement actions to avert unrest.

Morgan Ortagus, the State Department spokeswoman, said the United States was “deeply concerned” by the data shutdown that has curbed internet-based communications for as many as 1 million people in Rakhine and Chin states.

On Monday, Yanghee Lee, the special U.N. rapporteur who monitors human rights in Myanmar, said the Myanmar military was conducting a “clearance operation” against Arakan Army rebels in the blacked out areas. He said he feared troops were committing “gross human rights violations” against civilians under the cover of the shutdown.

In a statement, Ortagus said internet service should be restored “without delay.”

“Resumption of service would help facilitate transparency in and accountability for what the government claims are law enforcement actions aimed at preventing further outbreaks of violence in the affected areas,” Ortagus said.

A leading Myanmar telecommunications operator, the Telenor Group, said on June 22 that the Ministry of Transport and Communications had ordered a temporary shutdown of internet services in western Myanmar, citing “disturbances of peace and the use of the internet to coordinate illegal activities.”

A military spokesman said the army had no information about the shutdown and denied it was behind the blackout.

Rakhine state made world headlines in 2017 when the Myanmar military, responding to militant attacks, launched a crackdown that prompted some 730,000 minority Rohingya Muslims to flee to Bangladesh.