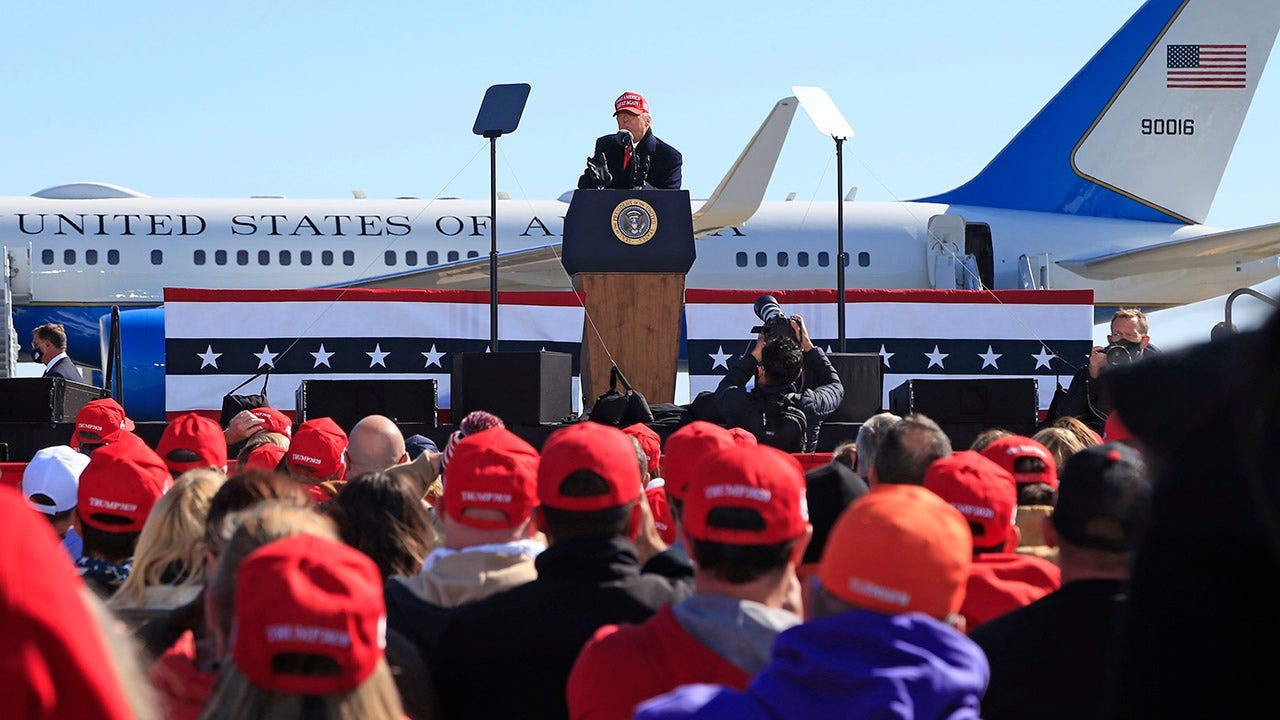 President Trump is holding his second of five rallies in the final day before Election Day in Scranton, Pa., the birthplace of his Democratic opponent.

Trump held four rallies in the battleground swing state on Saturday and was scheduled for three more events Monday, in Michigan and Wisconsin. He held a rally late Monday morning in North Carolina.

Vice President Mike Pence made a stop in Pennsylvania earlier Monday at a campaign rally in Latrobe, Pa., and was scheduled to speak in Erie, Pa., Monday afternoon.

The Biden campaign will also focus much of its time Monday on the Keystone State, with Joe Biden hosting drive-in and canvass events in Pittsburgh and Beaver County.

ELECTION 1 DAY AWAY: TRUMP TO BLITZ 4 KEY STATES AS BIDEN HONES IN ON PENNSYLVANIA

The dueling campaign events will give the candidates one last chance to try and rake in Pennsylvania’s 20 Electoral College votes.

Biden’s lead in Pennsylvania appears to have shrunk in the final leg of the race.

In a Monmouth University poll released Monday, among all registered voters, 50% support Biden and 45% back Trump. Also, 1% support Libertarian Jo Jorgensen and 4% are undecided or won’t reveal their vote.

The poll found Trump had edges on two issues: protecting jobs, and law and order. Biden held a major advantage on handling the COVID-19 pandemic.

The poll found that there had been movement in 10 swing counties in the state. Voters in those counties gave Biden a 53-42 edge last month but now go for Trump, 49-45.