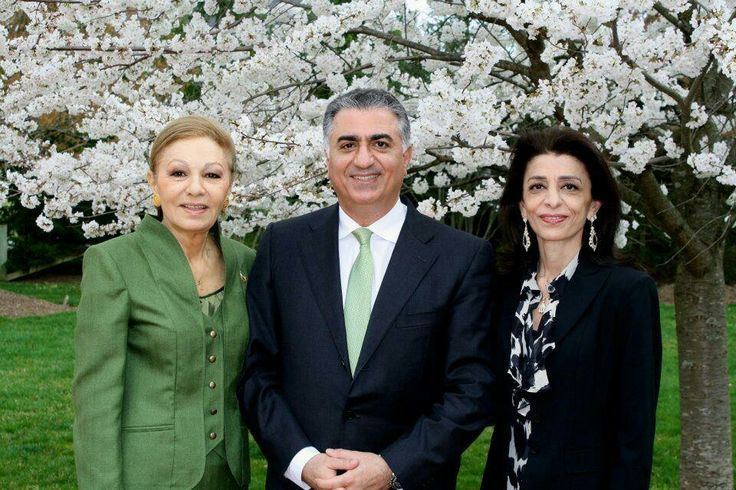 Iran analysts say Pahlavi’s credibility within the country has grown as President Trump has imposed harsh sanctions which some believe are meant to bring down its clerical government — begging the question of who would lead Iran if that happens.

In a sign that he welcomes the higher visibility, Prince Reza Pahlavi has been more visible and outspoken against the brutal regime. He has called for non-military actions in support of Iranians trying to replace the Islamist regime with a secular democracy.

“Democratic countries today, America perhaps the most important one of them, can decide whose side they’re on,” Pahlavi said, urging these countries to “talk to the people who are your natural allies.”

He states “Envision an Iran that works closely with its Arab neighbors to stamp out terrorism and extremism in the region, that welcomes Israeli scientists to help with its water crisis, that embraces American and European investment in the boundless potential of its economy,” he said.

But he expressed impatience that at the Trump administration’s insistence that it only wants to change Iran’s behavior, not its government.

“You cannot come and say we support the Iranian people but we don’t want regime change,” he said. “How the hell do you want us to get to democracy while this regime is still in place?”

Unrest inside Iran has galvanized people in both the Trump administration and the pro-Pahlavi crowd. The dissension has taken several forms, including labor protests that some opposition activists hope can morph into something more coherent over time.

Some protesters have approvingly shouted the one-time crown prince’s name, while some have invoked the defunct monarchy while yelling, “We are sorry.” In several clips from inside Iran, demonstrators have shouted: “Iran without a shah has no accountability!”

Some protesters have praised Pahlavi’s grandfather, Reza Shah, who remains a respected figure in Iran for many of the modernizing reforms he introduced.

Last year, a well-preserved body possibly belonging to Reza Shah was discovered near the mausoleum where he had been buried. The tomb was destroyed after the revolution as Islamists tried to erase Iran’s monarchical history.

The body’s discovery had some Iranians thinking it was a sign.

As Pahlavi legacy of good will and modernization grows in popularity,  the 100th year birth of the late Mohammad Reza Shah at the 39th anniversary of his death on July 27th was met with much despair and great appreciation from Iranians all over the world who watched the memorial live from social media clips and satellites. Shahbanu Farah Pahlavi met many Iranians in person and kindly shook hands. She is the first woman who broke the seal and entered the Rafai Mosque in Cairo as a woman 39 years ago and has done so every year along side Lady Jahan Sadat, Late President Sadat wife. Shahbanu Farah Pahlavi has always given hope to 80 Million Iranians and carries motto of “light will always overcome darkness”.