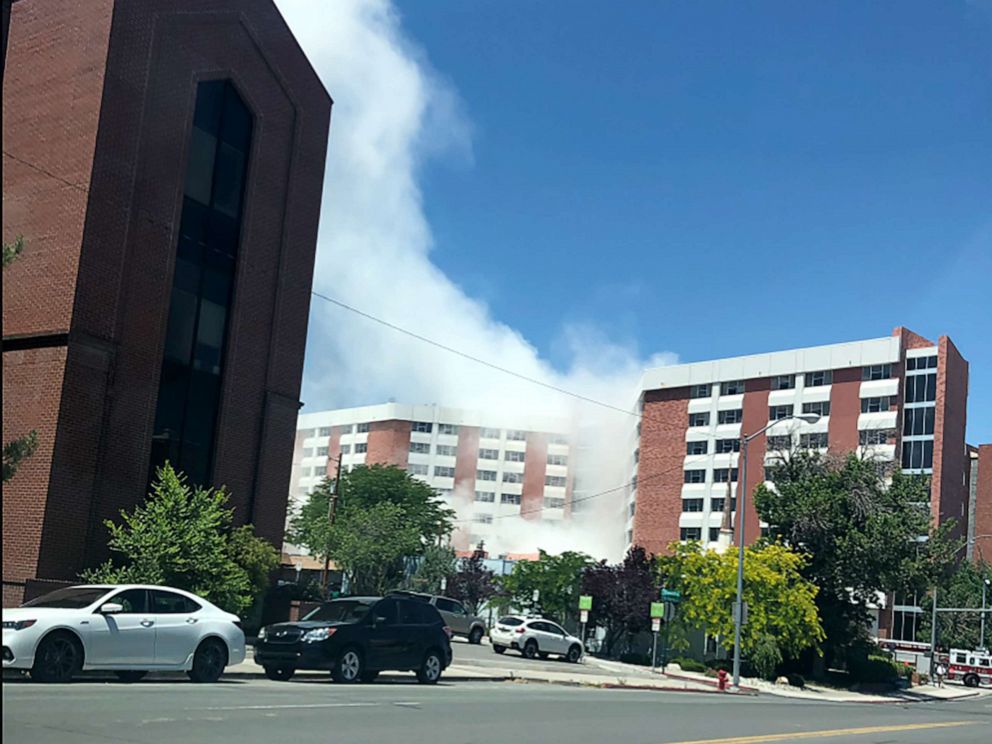 Authorities are blaming a ‘mechanical failure’ for the explosion Friday afternoon that rocked a dormitory on the campus of the University of Nevada, Reno, causing minor injuries.

University police told Reno ABC affiliate KOLO that it appeared some sort of mechanical failure in the basement led to the explosion, which resulted in major damage to the Argenta Hall dorm.

Crews were still searching for possible victims Friday evening, but nobody was reported missing and authorities told KOLO that they didn’t believe anyone else was still in the building.

Six people were treated on the scene for minor injuries and two others were treated and quickly released from a local hospital, officials said.

The building suffered major damage to its south side and center, while Nye Hall next door had windows blown out, KOLO reported.

Video taken at the time of the explosion showed smoke billowing out of the building.

The blast has initially been classified as a utilities accident, Humbert said.

Officials with the university’s police services announced on social media that all remaining Friday classes on the school’s main campus had been canceled.