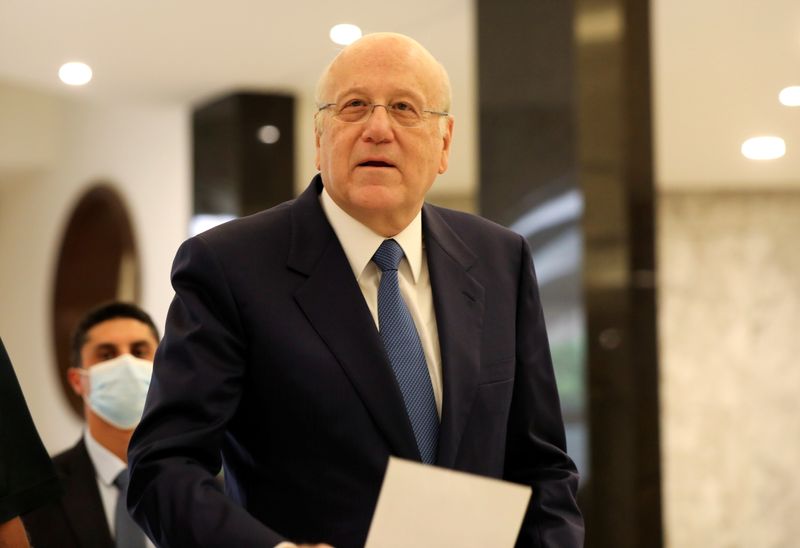 Saudi Arabia and other Gulf monarchies have traditionally chanelled funds into Lebanon but they have been reluctant to do so during the country’s financial crisis as they alarmed by the rise in influence of the Iran-backed armed Hezbollah group.

In an interview with local television LBCI, Mikati said there was no planned visit to Saudi Arabia yet but stressed he would strive to improve Lebanese-Arab relations and would not allow for the country to be used as a platform to harm Arab neighbours.

“I don’t have at the current time a programme to visit Saudi Arabia,” Mikati said.

In answer to a question on whether France’s Macron would open the doors to better relations with Gulf monarchies except Saudi, Mikati said the topic was not discussed and that only bilateral relations were brought up.

Lebanon’s Mikati formed a government earlier this month after a year of political deadlock that has compounded an economic meltdown that has propelled three quarters of its population into poverty and seen its currency plummet by more than 90%.

Mikati said he outlined to Macron the main areas of reform his government would look at in order to resume talks with the International Monetary Fund (IMF), saying he had communicated there was no more liquidity in the country.