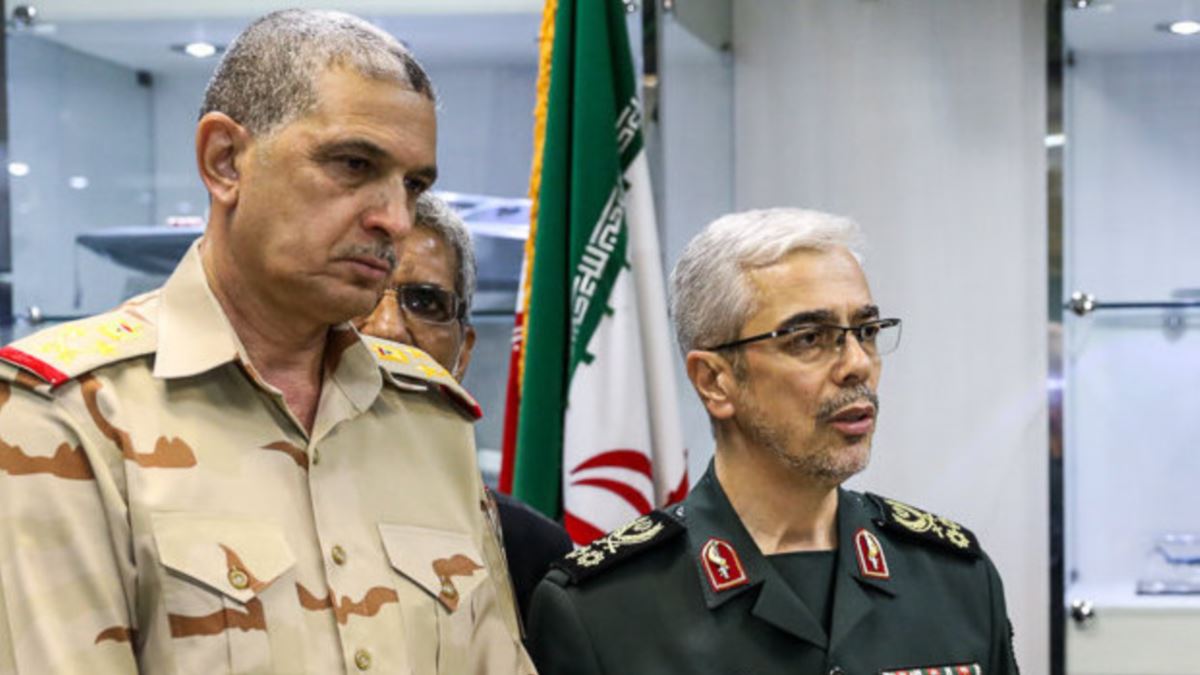 A senior spokesman for the General Staff of the Iranian Armed Forces says Iran plans to fortify Syria’s air defense.

Speaking to the Islamic Revolution Guards Corps (IRGC)-linked Fars news agency, Brigadier General Abolfazl Shekarchi said on Tuesday, September 22 that Syria made the request during the recent visit of the Chief of General Staff of the Iranian Armed Forces, IRGC Major General Mohammad Baqeri, to Damascus, and as a result, “we have a contract with the Syrian government.”

Shekarchi stopped short of going into the details of the contract.

Baqeri visited Syria on July 9, during which Tehran and Damascus signed a memorandum of understanding of “technical and military cooperation” at the time.

The plan to strengthen the air defenses of Syria, a war-torn country, comes as Israel has launched hundreds of airstrikes in recent years targeting Iranian forces, Syrian government positions, and their allied militias.

Over the past two years, the Syrian air defense has failed against most of these attacks.

According to Israeli government officials, the attacks show the country’s “firm stance” against Iran’s presence in Syria, and are aimed at exerting pressure to push out Iranian forces and its militia allies from Syria.

Israeli officials have repeatedly accused Tehran of seeking a military stronghold in Syria to threaten their country.

Shekarchi’s remarks come a day after the U.S. government announced that it had activated the “trigger mechanism” to extend the International arms embargo against the clergy-dominated Iran.

The United States last week sanctioned more than two dozen people and entities involved in Iran’s nuclear, missile, and conventional arms programs, a senior U.S. official said, the effects of U.N. sanctions on Tehran that Washington argues have resumed despite the opposition of allies and adversaries.

In an exclusive report, Reuters said on Monday, “The new sanctions fit into U.S. President Donald Trump’s effort to limit Iran’s regional influence and come a week after U.S.-brokered deals for the United Arab Emirates and Bahrain to normalize ties with Israel, pacts that may coalesce a wider coalition against Iran while appealing to pro-Israel U.S. voters ahead of the November 3 election.”

Earlier, Iranian Defense Minister Amir Hatami said that with the lifting of the arms embargo, Iran could have a “stronger foothold” in the arms market and become more known for “exporting” than “importing” “defense products.”

Based on the United Nations Security Council Resolution 2231, tied to the Joint Comprehensive Plan of Action (JCPOA) 2015 nuclear deal with world powers, the international arms embargo against Iran will expire on October 18, 2020.