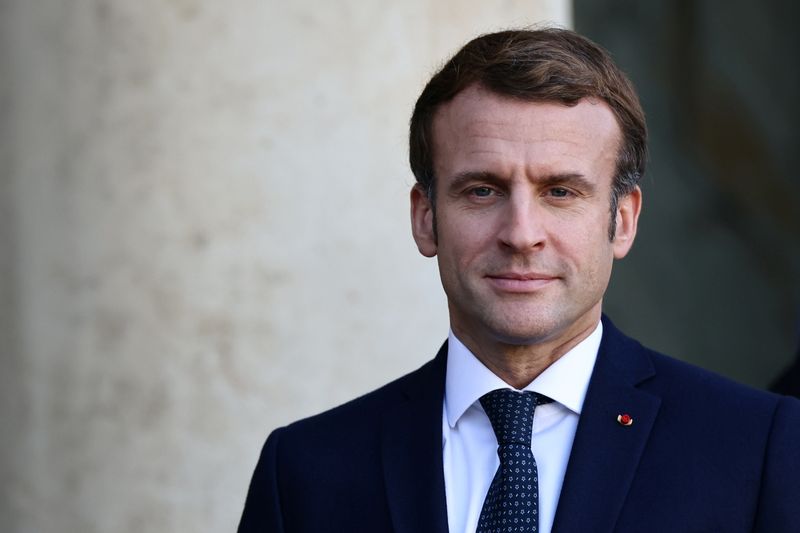 DUBAI (Reuters) – French President Emmanuel Macron said on Friday he hoped talks he would hold in Saudi Arabia later in the day would help alleviate tension between Gulf states and Lebanon.

Lebanon’s Information Minister George Kordahi resigned on Friday to help end a diplomatic spat with Saudi Arabia over comments he had made criticising Saudi Arabia’s role in the war in Yemen, which had prompted Riyadh to ban Lebanese imports.

“We will see at the end of this trip – and I remain cautious – but my wish is both economically and politically, to be able to re-engage all the Gulf countries in the relationship with Lebanon, to help them get out of this,” Macron said in Dubai ahead of traveling to Saudi Arabia for talks with Crown Prince Mohammed bin Salman.

“I hope the coming hours will allow us to make progress,” he said, adding that hoped this would allow Prime Minister Najib Mikati to convene his government and press ahead with stalled economic reform efforts.

Saudi Arabia expelled Lebanon’s envoy, recalled its ambassador from Beirut and banned Lebanese imports after the information minister’s comments, which Riyadh said were a symptom of Iran-backed Hezbollah’s grip on Lebanon.

Sunni Muslim Saudi Arabia and Shi’ite Iran have long battled for influence in the region, including in Lebanon, which is struggling with a deep economic crisis and desperately needs financial support from regional and international donors.