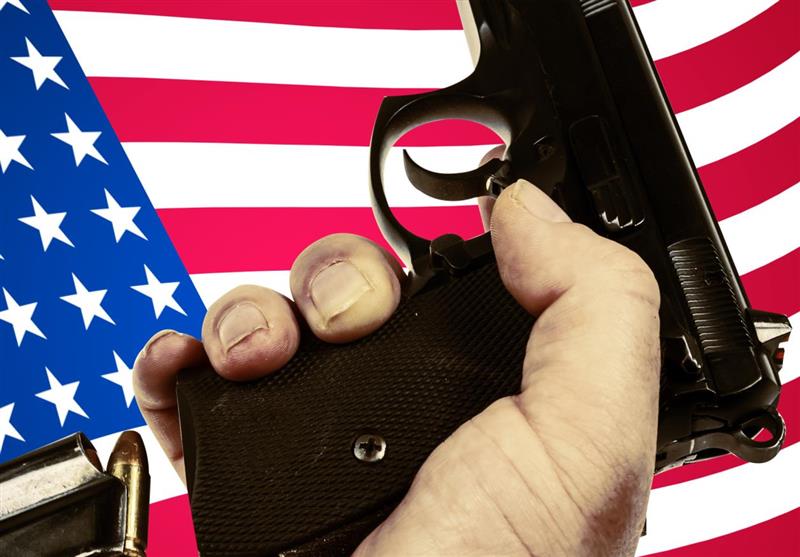 At least five people were killed and 40 others were wounded during gun violence incidents this weekend in Chicago, US state of Illinois.

There is no one in custody for each of the five fatal shooting incidents, according to the Chicago Police Department (CPD).

There were 34 police responses to shooting incidents between 4 p.m. CT Friday until 5 a.m. CT Sunday, according to data provided to CNN by the CPD.

Eight people were wounded Sunday morning in the 8900 block of South Cottage Grove after occupants in a silver sedan fired into a group of people standing on a sidewalk. Six men and two women ranging from 28 to 38 years old were hit by gunfire and transported to local hospitals. The suspects remain at large.

In a separate incident, an individual in a car shot at a 34-year-old man standing on a porch, striking the man in his leg, according to CPD.

Separately, a 24-year-old man was asleep when “shots were fired from outside that went through the drywall and struck him twice in the leg,” police said.

In both those cases, the shooting victims survived their wounds.

The weekend of violence comes as the CPD reported the lowest number of murders over Memorial Day weekend in 10 years.

More than 8,400 people have died from gun violence in the United States this year, according to the Gun Violence Archive, with over 240 mass shootings as of June 1. In May, the archive told CNN there had been a 23% uptick in deaths from gun violence so far this year.

Mass shootings this weekend continued to plague other parts of the US, as the country emerges from shelter-in-place orders and restrictions imposed during the pandemic.

CNN defines a mass shooting as an incident that results in four or more casualties (dead or wounded) excluding the shooter(s).

At least eight people were injured in a New Orleans shooting early Sunday morning, the city’s police department said in a tweet.

All of the victims were taken to hospitals, with one female in critical condition after suffering a gunshot wound to the face, a tweet said. The other victims are in stable condition or received only graze wounds.

Police did not provide suspect information and the investigation is ongoing.

Another shooting in Salt Lake City, Utah, that left one person dead and four others injured Sunday morning is under investigation by the Salt Lake City Police Department, according to Lt. Carlos Valencia.

Police responded to a call of shots fired with reports of “multiple people laying on the grass” and found five people who had been shot, Lt. Valencia said.

Four of the victims were taken to the hospital in critical condition and are now listed in stable condition, Valencia told CNN. The fifth victim was pronounced dead at the scene.

Police believe the shots originated from a passing car, but no suspect information or possible motive was available, Valencia said.

A shooting Saturday left two people dead and two injured in Indianapolis, Indiana, according to the Indianapolis Metropolitan Police Department. The shooting happened in a parking lot after the victims left a business, a press release said.

Officers responded to a report of shots fired just after 2 a.m. local time and found four people suffering from gunshot wounds, according to the release.

One man was pronounced dead at the scene. Another man was transported to a hospital in critical condition and later died of his injuries, the release said.

Two other people, an adult male and adult female, were taken to hospitals and are in stable condition, according to the release.